Why can’t business leaders find ‘practical solutions’ to the issue of inclusion? 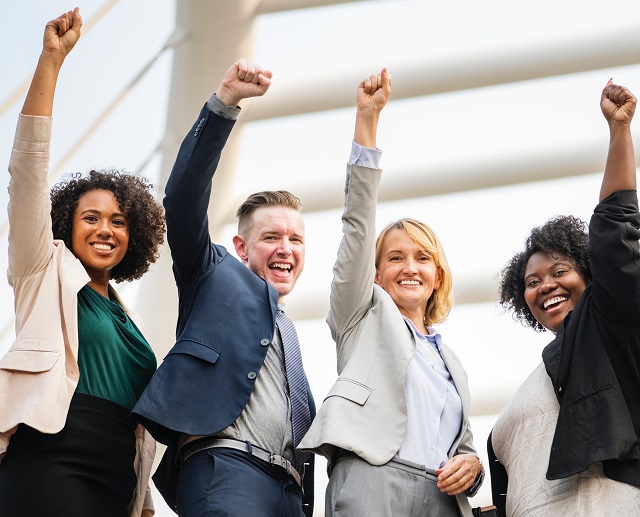 I’m always interested to see what people in my networks – and beyond – are passionate about and what drives them. There’s no doubt that few things gain my attention more than an individual speaking out about equality and diversity. In fact, I recently read a fantastic article from Hanna Naima McCloskey about a very modern problem: the demand for ‘practical solutions’ to the matter of inclusion. In this piece, she describes how so many people, with the very best of intentions, recognise that there are issues and respond by saying – “I want to help! But I also want a solution that’s easy for me to put into action tomorrow.”

There’s no quick fix to a lack of inclusivity

This is a trait of many businesses which lack inclusivity. Managers can see that not everyone feels at home in the workplace and, in a bid to tackle the problem, look for a practical quick-fix remedy. A member of staff visits HR to say that they feel unable to be open about their sexuality? Let’s have a pride-themed week where everyone feels valued! That might sound flippant, but, as Hanna points out in her piece, quite often complex issues can be viewed as “discrete tasks that can be taken on and put in motion,” almost like token gestures of intent rather than being reflective of any long-term, impactful commitment to addressing inequality. Hanna gives the example of a business recognising that there is a lack of women in senior leadership positions and responding to this by setting up a mentoring scheme. A practical step, yes. A solution to a multi-faceted problem, no.

Look at the role you play in the problem

Of course, I’m not saying that every action intended to create a more even and fair playing field for us all isn’t a welcome one. However, I do think it’s important for business owners to recognise that they can’t just attempt to tackle problems on their own terms, with proposed solutions that don’t require too much time or effort, and then stand back and say ‘job done.’ When my business partner and I co-founded AnyGood?, we quickly realised that many of the users were from similar backgrounds. This was because the platform was initially based on our personal networks and those diverse individuals weren’t naturally among our contacts at that time. People who work with others who are similar to themselves inevitably make connections which reflect that lack of diversity. However, our commitment to making sure that AnyGood?’s network of professionals accurately reflected our diverse society meant that we just couldn’t allow that to continue. It was clearly unintentionally excluding some individuals, meaning that clients couldn’t use it to source diverse candidates at the time.  Rather than just quickly scribble something on our website about welcoming people from all kinds of backgrounds, we went out and actively curated our network of members by engaging with wider audiences and partnering with organisations that represent diverse groups. It was transformative but it required us to look at the role we played in the problem and then do things in a different way to address the challenge.

Be the difference you want to see

I think that is absolutely key: by all means be passionate about equality and wanting people to feel included, but understand that this alone is not enough to create change. Take Uber, for example. It had a head of HR, Liane Hornsey, who was tasked with being a spokesperson on diversity and discrimination, who then stepped down following allegations that she made derogatory comments about black colleagues and routinely dismissed complaints of racial discrimination. All of her talk about wanting inclusion was clearly a lot of hot air.

Hanna nails it when she says, “When we make a demand for practical solutions there is an assumption that you – as a person – are not in fact the problem that needs to be solved.” For this reason, I urge everyone to look at how they can play their own role in being part of the solution.