Research on female crowdfunding successes shows that women are better fundraisers than men, but reveals true extent of bias 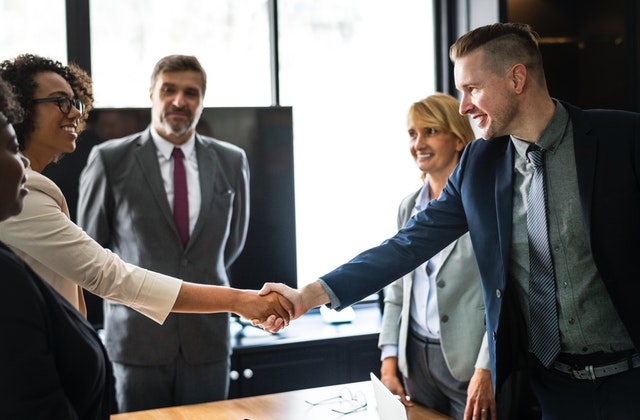 As regular readers of these blogs will be aware, one of my key drivers and that of the AnyGood? platform is to encourage us all to be more aware of our biases and, in turn, address the lack of fairness that is so prevalent in the workplace. Fortunately, there’s been a lot progress with regards to female representation across many industries, with the number of women in work and equity of pay levels increasing across the board. It seems that, in wider society, women’s business capabilities are finally being widely accepted as being on a par with men. This has been echoed in new research suggesting that when it comes to crowdfunding, females are actually more successful than males (when it comes to financial support for scientific research, at least). While I welcome the results of the study, and all female crowdfunding successes, (as I’m currently crowdfunding!), what the study really highlights is the shocking bias that is still clearly ingrained in us all and influencing our personal and professional decisions. So, what’s the latest?

The research in question, (‘Crowdfunding scientific research: Descriptive insights and correlates of funding success’ ) carried out by Henry Sauermann of ESMT Berlin, Chiara Franzoni from MIP Politecnico di Milano and Kourish Shafi from the University of Florida, has shown that whilst the majority of crowdfunding campaigns for scientific research on Experiment.com are created by men, they only enjoy a 43% rate of reaching funding targets, with female crowdfunding successes reaching 57%. However, women’s significantly higher rates in crowdfunding contrast sharply with their lower odds of achieved funding when competing with men for grants from government agencies or venture capital funding. An example of this, and something we have recently written about, is research carried out by the UK VC & Female Founders for the Treasury found that for every £1 of venture capital (VC) investment in the UK, female-led start-ups receive less than 1p. All-male founder teams, however received 89p, while mixed-gender teams collected the remaining 10p.

While there’s certainly an array of speculation as to why this gap in investment is so prevalent, Dana Kanze, a PhD student at Columbia Business School, suggests that much of this lies in the different approaches investors take when quizzing entrepreneurs. In research conducted in conjunction with her peers, Dana found that 67% of the questions put to males were ‘promotion orientated’ (focused on hopes, achievements and generally very positive), whereas 66% of those asked of female entrepreneurs were ‘prevention orientated’ (centred on safety, security and generally risk-focused).

Given that the investment potential was of relatively equal weighting for both men and women in this study, the fact that those asked promotion questions (mostly males) received twice as much funding than those asked prevention questions (mostly females). In essence, this means that investors are potentially losing out on future profit because they are allowing subconscious stereotypes to influence vital decisions.

What I found of particular interest in the crowdfunding study is the suggestion that the reason for the higher rate of female successes stems from the beliefs of the crowd. It’s highly possible that much of the investment secured to financially support scientific research led by females came from those who recognised that this demographic is less likely to secure grants through more formal channels than their male counterparts.

It’s not a battles of the sexes

Singling out research such as this is not an attempt to pit the sexes against each other, though. Instead, I want to share these results to highlight the huge amount of bias in society, and the effect it can have on certain groups in business. The fact that there is an imbalance – no matter who it is in favour of – demonstrates just how much we are all influenced by our subconscious mind.

However, while equality and diversity can be key drivers of profit and productivity, with a report from McKinsey finding companies in the top quartile for gender diversity 15% more likely to have financial returns above their respective national industry medians – very few companies are taking the initiative to step out of their comfort zones. According to data from the BBC, fewer than half the UK’s biggest employers have succeeded in narrowing their gender pay gap this year, with 78% of companies still reporting a pay gap in favour of men. Clearly there is a long way to go.

How can we do this?

To make tangible change, it’s crucial that we work towards a society where ideas are accepted on the basis of their content, rather than as a result of gender or any other characteristic. The problem of bias – conscious or unconscious – is certainly not a simple one, and without a number of dedicated approaches is not something that will be changing anytime soon. While there’s undoubtedly been progress in recent years, we can’t sit back and relax. From our perspective at AnyGood? challenging traditional hiring processes, and the biases that exist within them is how we aim to make a difference. By creating a model that relies on personal networks, and peer-recommendations, our goal is to create a hiring system that is more transparent, honest, fair, and most of all – effective.