How can we boost neurodiversity in hiring and what are the benefits? 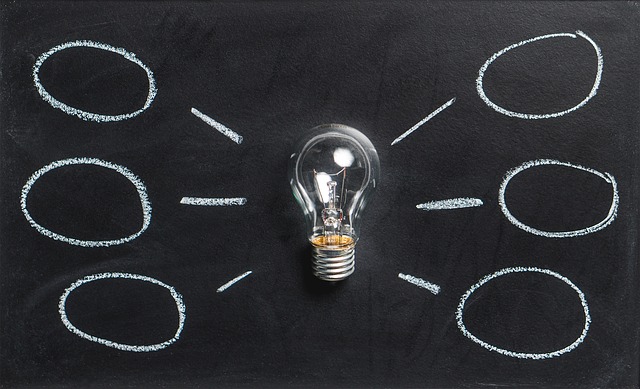 Regular readers of the AnyGood? blog will be well aware that I am passionate about diversity and how it can truly be achieved. However, I find that this is often an over-used buzzword, and can be unhelpful in addressing certain problems. Though diversity of gender and race is often talked about in hiring, a commonly overlooked aspect is neurodiversity. While we may be putting lots of effort into creating more balanced and representative workplaces along racial and sexual lines, when it comes to neurological diversity, the picture is very different. According to the National Autistic Society, for example, only 16% of adults with autism are in full-time paid employment in the UK, compared with 47% of disabled people and 80% of non-disabled people. Clearly, hiring processes are freezing this sizeable group – 10% of the population – out of jobs. After reading about a landmark decision which ruled that multiple-choice testing was a discriminatory practice to candidates with Asperger’s or autism, I put a question to followers on Twitter on whether using these types of assessments were discriminatory to neurodiverse individuals. The complex and interesting responses that I received have encouraged me to look into the issue of neurodiversity further, So, what are the benefits to neurodiversity – and how can companies start hiring more neurodiverse candidates?

Despite social stigma, in the workplace, neurological differences can greatly enhance workforces. Whether it be autism, dyslexia, ADHD, or social anxiety disorders, neurodiverse individuals often have extraordinary abilities in fields such as maths, memory, and pattern recognition, along with high levels of concentration, conscientiousness and attention to detail. For hiring managers, neglecting to recognise how different types of thinking styles can benefit groups actively encourages homogenous workforces, and entrenched, inflexible teams. Hiring more neurodiverse candidates can overcome this. For instance, Hewlett Packard recently changed its interview process to better incorporate neurodiverse individuals. Early results have shown that the neurodiverse teams at Australia’s Department of Human Services, placed by HP, are 30% more productive than neurotypical teams.

Why are these individuals being excluded?

Unfortunately, traditional hiring processes present a large barrier to hiring more neurodiverse candidates. Often, reasonable adjustments are ignored during this process, only being introduced when a candidate has actually commenced employment. Companies tend to use the same tried and tested hiring methods such as CV and interviews, both of which can be notoriously difficult for these candidates. Interviews are often a huge hurdle, with even common social cues such as handshakes and eye contact potentially stumbling blocks. On top of this, some candidates may have unimpressive or jagged CVs due not being facilitated in enough previous workplaces – rather than through any fault of their own. One of my twitter followers commented on the issue of alternative assessment methods, stating: ‘I wish written or online tests were a bigger part of job applications as I can do those. I am hopeless at interviews as talking about myself to complete strangers is incredibly hard for me’.  At a recent round table, Lucy Hobbs, founder of ND, a neurodiverse network for the creative and tech industries, commented on one of the biggest challenges to neurodiverse individuals from traditional hiring, stating that: “Companies tend to hire generalists who are good at doing everything, rather than specialists who are particularly strong in certain areas. Job descriptions don’t take into account the ‘spiky profiles’ of neurodiverse talent; for example, they ask for ‘big thinking’ and ‘attention to detail’, but they’re really two different pieces.”

In my opinion, a better approach to hiring would be to consider the hard skills that are needed for a position and test those in a casual setting. A standout example of this, for instance, is enterprise software firm SAP. Interviews take more of a ‘gamified’ approach, with applicants asked to build a robot with Lego Mindstorms and assessed on how they arrive at solutions and support others. SAP also runs summer camps for autistic students considering a career in technology where they can build business skills and develop trust in the company, helping them feel more comfortable to apply for a position.

Clearly, the benefits of hiring more neurodiverse candidates are numerous. However, any attempt at a ‘neurodiversity strategy’ cannot be approached with a ‘one-size-fits-all’ attitude. For instance, we cannot change processes based on sweeping assumptions, such as the misconception that ‘all autistic people dislike social interaction’. Therefore, a careful, considered approach, where we ask individuals about their preferences and needs is often the best strategy. Overall, what’s crucial is that we look to create a more flexible hiring process for all groups, where no demographic is forced through the same process. A recruitment pipeline that pulls in people from as many different channels as possible, while trying to minimise bias and helping people show the best of their abilities is what we should be aiming for, and what we are trying to create at AnyGood?