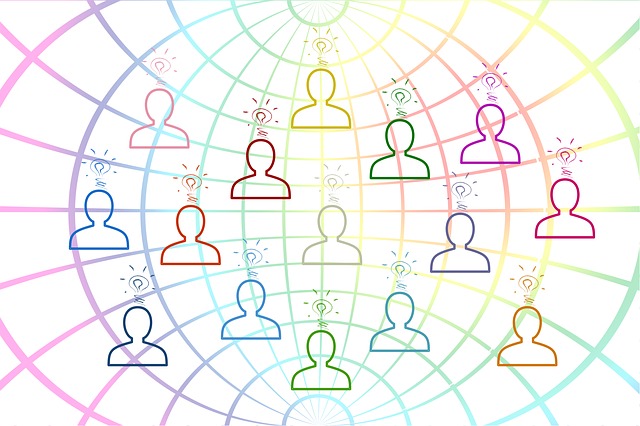 As many of you will know, last month, we started our crowdfunding activity. After launching a campaign on Seedrs, with a three-year forecast valuation of £42 million, the amount of interest that the campaign has already received has been extremely encouraging. Crowdfunding is something that ties into our ethos of using the power of people to achieve mutual goals, and it’s great to see that the public have been so welcoming of our ideas. As we are yet to even go fully live, it’s even more promising to receive this level of interest in our crowdfunding investment opportunity.

In the opening phase of our campaign, 5,718 people have engaged with us – and the number is growing daily. This is something we believe is testament to the strong desire from the general public for changes to the hiring process, and the potential of AnyGood?’s solution. However, this desire for change isn’t new to us – in fact it’s ingrained in our very ethos. As a case in point, research we commissioned during our Trust in Recruitment campaign found that 52% of people using recruitment agencies in the last year felt they weren’t dealt with honestly. In addition to this, 90% of respondents cited that they did not trust agencies with “making sure the job is right’’ for them.

Guy Shone, Co-Founder of Explain the Market, who carried out the research, commented on this, and our crowdfunding investment opportunity, by saying: ‘’It’s very clear that there is a real need from candidates for something different. Less than 10% of people we spoke to believe that recruitment agencies were finding the right people for the right roles. AnyGood? is based on the experiences of real people who’ve worked with other people, and there isn’t anything else in the market that speaks to that.’’

Commenting on this initial surge of interest, our Co-Founder and CEO, Juliet Eccleston, said: “I’m absolutely delighted that our initial campaign has had such a large buy-in – particularly as we are still at the private live stage – and even happier that so many people want to see a change in the way businesses hire. The ability to create a model that is not only different, but also truly fairer and more effective than mainstream recruitment processes, is something we will work tirelessly to deliver.’’

‘’For members, the chance to monetise their network and potentially earn £2,000 for recommending someone makes supporting the platform’s development with an investment of as little as £10 a no-brainer. This response has made it clear we are on the right path and has encouraged myself and the team that crowdfunding will not only help us continue our growth but also send out a message to the recruitment industry that the power of the crowd should not be underestimated.”

Jeanette Rooms, Non-Executive Director and newest member of AnyGood?, commented on the progress we’ve made so far: ‘’CFO’s and HRD’s will always take colleagues from their network to work with them. What AnyGood? does is actually replicate that process, and it does it in a really cost-effective way.  People who know people will make the best recommendations because they know they will fit. For this reason, the level of interest in the crowdfunding campaign does not surprise me at all.”

The recruitment sector has been falling behind for a long time, and become completely out of touch with the people it serves. At AnyGood? we intend to change this. Our aim is to create a fairer, more equitable hiring model, and, as a result, disrupt the industry for the better. Through our crowdfunding investment opportunity, we believe that we can do this. As a business that serves to empower people, it’s only natural that we also give them the power to drive our growth. If sending a message to the recruitment industry, boosting workplace diversity, creating a fairer model of hiring, or making thousands of pounds from your personal network appeals to you, come and sign up! And if that doesn’t incentivise you to take action, during our crowdfunding campaign, AnyGood? members who invest will have their candidate referral rewards raised to £2,000 for 18 months after the round closes.