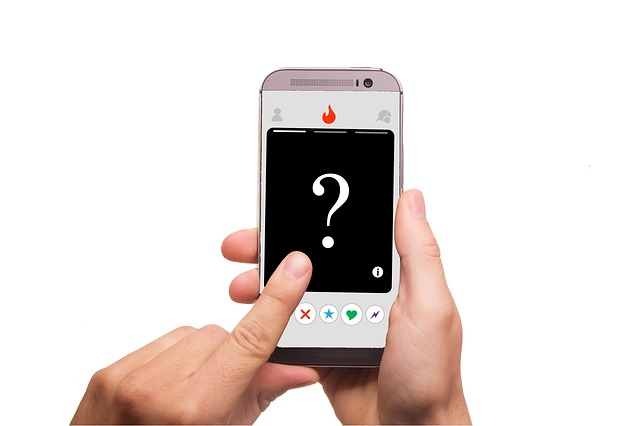 I’ve been saying for some time that, in my view, networking is by far the best way to find out about jobs that you’d be suited for. It seems that there are significant number of millennials in agreement with me, because I recently read a fascinating article which says that they are increasingly using dating apps as a way to widen their professional networks with a view to finding their next career opportunity.

The report explains that a growing number of younger professionals are opting for freelance work, which, as I’ve mentioned before, means these individuals must be continually alert to new ways of finding their next roles. The result is that a number of them are using these dating apps as a way of connecting with others to forge business relationships, rather than to find love.

It’s another clear sign that job hunting as we know it is evolving. Technology and the ease with which we can communicate online mean that our networks are more powerful than ever before, whereas traditional recruitment methods such as using agencies are outdated and largely ineffective. I realised this when I worked as a contractor and found that the best way to find my next role was by asking people I knew if they were aware of any suitable vacancies. It works so well that it’s no surprise to me that other professionals are increasingly recognising this and, consequently, are using it to their advantage.

Trust your own networks

It’s my belief that there are other factors fuelling this trend for networking through dating apps. Quite simply, professionals are finding that the best way to look for a job is to take matters into their own hands. Regular readers of my blog will know that AnyGood? recently commissioned independent research to investigate how much trust people have in the recruitment industry. Over half of all respondents that have used hiring agencies in the past year said that they don’t feel they were dealt with honestly, and 45% said they were using these firms less – or not at all – as a result. What’s more, fewer than 5% of people said they’d trust a recruiter to advise them whether a role was right for them, and a further 90% said agencies relied too much on technology – such as algorithms – to match jobseekers to positions, instead of the recommendations coming from real people. It’s no wonder then, that people are turning their backs on intermediaries and looking towards recommendations from those in their networks as a more personal, effective and reliable way to find opportunities.

Why AnyGood? is better than dating apps

Of course, using dating apps for business networking isn’t a perfect approach. For starters, there’s arguably a bit of a grey area involved because you can’t be sure that people looking for romance will necessarily appreciate being approached about work! To me, it’s much better to use a platform specifically designed to help professionals make connections and find the right people for vacancies. It’s why I Co-founded AnyGood?, a network of professionals who are experts in their fields who recommend people that they know for positions that they think they’d be great for. What’s more, members can monetise their networks, with a finder’s fee rewarded for successful recommendations.

So, if you’re among the professionals thinking of using a dating app to network and find your next role, why not check out AnyGood? and see for yourself why it’s an even better approach.