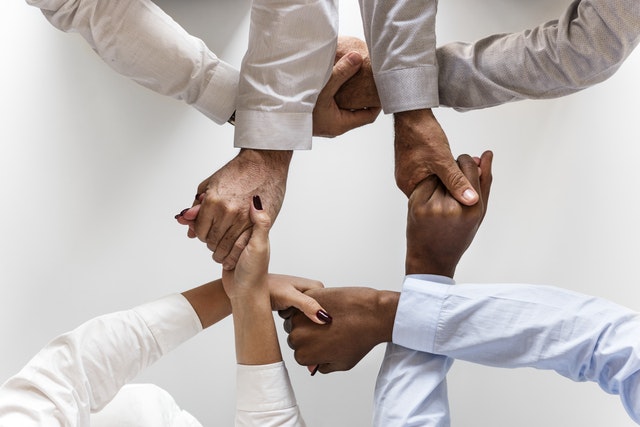 As many readers of this blog will be aware, I am a massive proponent of the potential that the shared economy can have for businesses and a huge fan of the way that it is disrupting traditional industries for the better. In a recent blog, I went into more detail about just why the growth of the sharing economy is something that we should all view with optimism.  This week, I’m delighted to announce that, AnyGood? has been accepted as a member of Sharing Economy UK, the trade body committed to championing businesses that operate under a shared economy model.

For those unsure of what the sharing economy encompasses, it is an umbrella term used to describe the focus on collaborative forms of consumption, production, finance and learning. This can also involve the focus on the sharing of underutilised assets in ways that improve efficiency, sustainability and community.

This could range from things such as cars and houses all the way to products such as tools, toys and clothing. For instance, Airbnb provides an online community marketplace for people looking to rent their homes with people who are looking for accommodation, and easyCar connects car and van owners with people who are seeking to hire those vehicles.

With the advent of the internet, computing and the ease of mobile payments, this has become easier than ever. Individuals can now widely advertise and sell goods and services that were previously provided by full-time businesses. Online platforms also allow consumers to endorse providers of resources. For example, at AnyGood? we hope to connect businesses with candidates endorsed by our trusted members, and remove the need for a recruitment agency as the mediator between candidates and companies.

The Sharing Economy UK was launched in March 2015 following a Government-commissioned independent review, and in 2017 began collaborating with the CBI. It works closely with Government and policymakers to represent the sharing economy community, and lobby for changes to protect consumers and sharing economy businesses.

To be accepted into the body, we have committed to meeting the stringent code of conduct, which Sharing Economy UK describes as: ‘setting out a clear framework of values and principles that members are expected to follow, designed to enhance the operation, image and reputation of businesses that promote the sharing economy. Observation of these principles demonstrates a member’s commitment to upholding the highest principles of professionalism, integrity, fair practice and ethics in dealing with consumers, users and other organisations within the sharing economy sector in the United Kingdom.’

The huge growth in popularity of networking and shared services is of great encouragement to us, with companies like Airbnb and Purplebricks providing people with the chance to benefit from the power of our networks.  In fact, recent research from Warwick Business School found that users of the shared economy in the UK have grown by 60 per cent in 18 months,  with  23 per cent of the UK population using sharing economy services more than once a month. With the huge increase in crowdfunding and crowdsourcing campaigns, it’s undeniable that businesses and people are benefitting from collaborative consumption.

However, while this model of operating has enormous potential benefits to consumers and investors alike, without proper regulation people and businesses could be exploited and exposed to unacceptable, unethical practices. For instance, Uber has come under fire repeatedly for its refusal to recognise drivers as workers rather than self-employed individuals, meaning they would not have to pay them minimum wage under, paid holiday, and other normal worker entitlements.

Trade bodies that are committed to upholding the highest principles of professionalism, integrity, fair practice and ethics are needed for making sure this new landscape is fair for all and through our membership with them, we hope to help make this happen. As a company intending to positively disrupt the recruitment field, we wholeheartedly believe that joining up with other like-minded organisations will only further our cause, and push the positive aspects of the sharing economy into other industries.

The power of people

While the sharing economy is still arguably in its infancy, we know that it holds huge potential. At AnyGood? our mission is to disrupt recruitment for the better, and we truly believe a sharing economy model will help us do this. The recruitment industry is out of touch and resistant to change. Research from our recent Trust in Recruitment campaign revealed 52% of people that that have used agencies in the last year didn’t feel they were dealt with honestly, and 80% of job hunters stated they were ‘very concerned’ with where the sector was heading. Clearly, now is the perfect time for a model which hands power back to people, and this is what AnyGood? offers. However, while the pace of change and sheer amount of innovations in sharing economy is are very promising and immensely exciting, careful regulation is needed to ensure that sharing economy companies do not end up resorting to the same practices that made them such attractive alternatives to traditional industries in the first place, or potentially, even worse. This is the reason we have partnered with Sharing Economy UK, and we truly hope we can push their movement even further.